Learning to value the colors of life

This blog has been translated from Spanish. See the original Spanish article in MenoTicias. Lea la versión en español aquí. 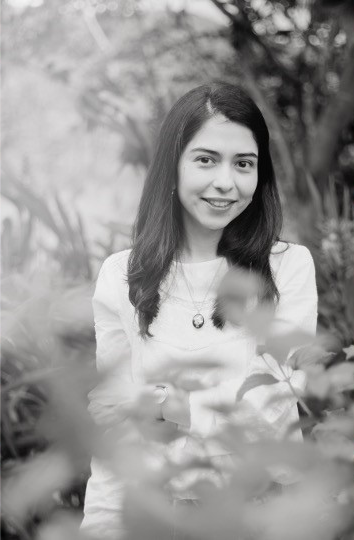 Adriana Celis writes for MenoTicias, the Spanish-language digital newsletter of MC USA and Hispanic Ministries of Mennonite Education Agency. She lives in Colombia and is pursuing a degree in law.

Cristian Alemán always knew that he might lose his sight at some point, but that possibility never stopped him from moving forward. Originally from Brownsville, Texas, Cristian was born into a Catholic Mexican immigrant family, but he later converted to Anabaptism. At a young age, he became devoted to music. Music has always been his greatest inspiration; in his parents’ house, he listened to the Latin American rhythms of his beautiful and beloved Mexico, with music ranging from romantic boleros to rancheras, and even Spanish rock. This love and passion for music led him to serve as a praise and worship minister in various Mennonite churches, and now, he serves as the outreach coordinator and bilingual music director for College Mennonite Church in Goshen, Indiana. 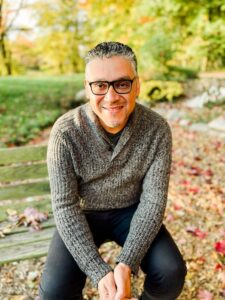 For most of his life, Alemán has had a condition in his eyes commonly known as “eye floaters,” or myodesopsia, an ophthalmological condition that, in most cases, does not present as a serious concern for the patient’s vision. However, this year, he began to feel some discomfort beyond what was normal for him. At a regular check-up in April, routine tests showed something unusual about his vision: He had tears in his retina. In the following days, after Alemán underwent many clinical tests, the doctors recommended that he should undergo an operation that would prevent permanent damage to his retina.

In the hours before the surgery, Alemán felt safe and calm. The particularly difficult part for him and his family came weeks after his surgery, while he was in the recovery process. During the three weeks that followed, Alemán had to sleep in a face down position, so that his retinas could heal properly.

Alemán said, “Since I was little, I knew that one day, I would have to go through this situation.” But he did not know when it would happen. Laying on his stomach helped him heal, but during this time, he felt severe muscle pain, especially in his neck. He also experienced his other senses becoming stronger. For example, his sense of hearing became very sensitive — he perceived any noise, no matter how small, more quickly than before. The same thing happened with the other senses; he felt touch, experienced smell and tasted food with more intensity.

“I became more aware,” said Alemán. “I learned, during those moments, when everything was dark, and when I had to be in total stillness, that I wanted to appreciate the colors that sunrises bring each day.”

“At one point, I thought: What would happen if I went blind and could not see again — especially the variation in the light that comes the dawn, which blends with the green of the grass, or the range of colors that sunsets bring. At that moment, I wanted to appreciate the face of my wife Marisol, who, especially during those days, gave me encouragement when my strength failed; I wanted to see my daughters’ eyes again, and I wanted re-read the word of God. Although these are things that seem mundane, I can see now that, sometimes, they are not given the value they deserve.

“The point when I experienced being in complete darkness is when I really started to appreciate it all and thank God for how blessed and fortunate I am to be able to continually sense God’s faithfulness in my life.”

The type of experience that Alemán went through made him more empathetic and compassionate toward those who have lost their vision or those who were born with this type of disability — people whose experiences are difficult to endure, especially those who live in countries where there is so much social stigma, hatred and ridicule surrounding it.