Love is a Verb: Equipped for love 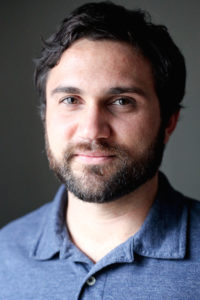 As the featured speaker at  Hope for the Future (HFF) in January 2016, Isaac Villegas offered these reflections on the theme of “Love is a Verb” as a way into the Bible passage assigned to him for the gathering: Ephesians 4:15-16. This is part one of his series of three talks.

“But speaking the truth in love, we must grow up in every way into him who is the head, into Christ, from whom the whole body, joined and knit together by every ligament with which it is equipped, as each part is working properly, promotes the body’s growth in building itself up in love.” ~ Ephesians 4:15-16

We are equipped for the work of Christ, to do God’s work in the world. To be equipped begs the question of power — of who equips whom? Who gives and who receives? What patterns and histories of debt are instituted when one group equips another?

If we’re going to talk about being equipped as God’s workers, we have to analyze the way power flows among us — in our denomination and agencies, our networks and conferences, our schools and congregations. And the distribution of power and resources has everything to do with race, gender and class.

Race. Our Western culture is organized according to skin color. We are still living within the legacy of slavery, the lingering effects of colonial ideologies, founding principles that infuse our social formation. According to the historical logic of western colonial ideology, skin color has been linked to intelligence, to who has power to teach others, who has knowledge to give and who needs to receive. Darkness has been conceived as a sign of a person’s natural predisposition to work in fields, while whiteness as sign of suitability for the intellectual life. According to these European ideologies, darker-skinned people were equipped by God to labor under the sun. They claimed that this was God’s design, a truth according to nature. But in reality, they were reaching for ways to rationalize a social hierarchy that put them in a privileged position.

Here, in the United States, these colonial legacies racialize our cultural imagination regarding intelligence. This has everything to do with the division of labor in our society — who is positioned to do what kinds of professions, how someone’s blackness or brownness is translated into the minds of bosses and hiring committees. For example, in the United States someone’s accent triggers an expectation of intelligence in the listener’s mind. European accents are considered signs of intelligence, whereas Latin@ accents are not.

Gender. Hierarchies of gender have been read into nature. An ideology of biological determinism has reinforced a sexist division of labor — men do the thinking, women do the domestic. In the West it has been assumed that men are naturally suited for the intellectual life, to disseminate knowledge. Conversely, women have been positioned as fundamentally receptive — not built for equipping, but naturally predisposed to receive what men have to give. Crassly put, men have written into biological deterministic ideology of gender roles an analogy of the sexual act as understood by masculinity.

But this cultural imagination is not the story of the Gospels. As the Evangelists reflect on the life of Jesus, they

suggest a different story about the role of women. The Gospels record that women were the first to see the resurrected Jesus, the first to preach the good news of Christ’s resurrection, and the men didn’t believe them, the men wouldn’t receive what the women had to give. Women were the first to disseminate the knowledge of gospel. Men closed themselves from such feminine insertion.

Class. Economics, education and birthright have positioned some with power over others — some with power to equip, some with resources to enable them to equip. The wealthy are viewed as intelligent, simply because they have been able to amass more money than other people, because they have benefited from an economic system set up in their favor. The same is true of institutionalized education, where some have been privileged with degrees, and that kind of institutional recognition renders them qualified to impart knowledge to others. Lastly, some people are recognized as empowered to impart knowledge because of their birthright, their lineage, their last name — their knowledge/power depends on their membership in a hereditary class.

Anabaptism & Power. Anabaptism has been a movement that crashes through hierarchies of power. We are part of a tradition that dismantles the privileged positions of the wealthy, the educated and the priests.

Among Anabaptists no class designation would render someone more fit for being equipped by God. The gospel is an egalitarian form of knowledge, calling into question cultural hierarchies. The promise of Anabaptism is the inauguration of a community where all people are equipped to impart divine knowledge to one another.

“Christ is our high priest and head and all of us are his members,” declared Johannes Brötli, a sixteenth-century Anabaptist. “Now, if the head is a priest, so the hands, fingers, legs, feet, toes, body and members are priests as well.” All are priests, all have gifts to offer, all have a voice, all are ordained as ministers of God’s grace, of the mysteries of God.

Mary, equipped by God. As a person of color, when I think about how God has equipped me with gifts, I look to Mary as an example, I read her song (Luke 1:46-55). She offers a prophetic poem about the reversal of power, about how the lowly become the site of God’s life, the ignored as the birthplace of the gospel.

We are like Mary — God growing gifts from within us, grace from God infused into us, the love of divine communion. There is knowledge, intimate knowledge, a loving-that-is-knowing, flowing through us—in our lives, in our languages, in our cultures.

As Simone de Beauvoir puts it, “It is in the knowledge of the genuine conditions of our lives that we must draw our strength to live and our reasons for acting” (quoted in Audre Lorde’s Sister Outsider).

Like Mary, the Holy Spirit overshadows us, rests upon our lives — all the parts of who we are — and delights in being with us.

We have been equipped by God to love, to offer what we’ve experienced as God’s embrace of all of our particularities, all of our differences, all of our unique cultural knowledge — to offer the good news of God’s loving embrace to the world, to let God’s love overflow from the conditions of our lives so that we, like Mary, may proclaim, My spirit rejoices in God my savior, for the Lord has looked upon me with favor.