Home / Menno Snapshots / Loving the Enemy Within: Grounding in the trauma-healing work of anti-racism
Jul 30 2020

Loving the Enemy Within: Grounding in the trauma-healing work of anti-racism 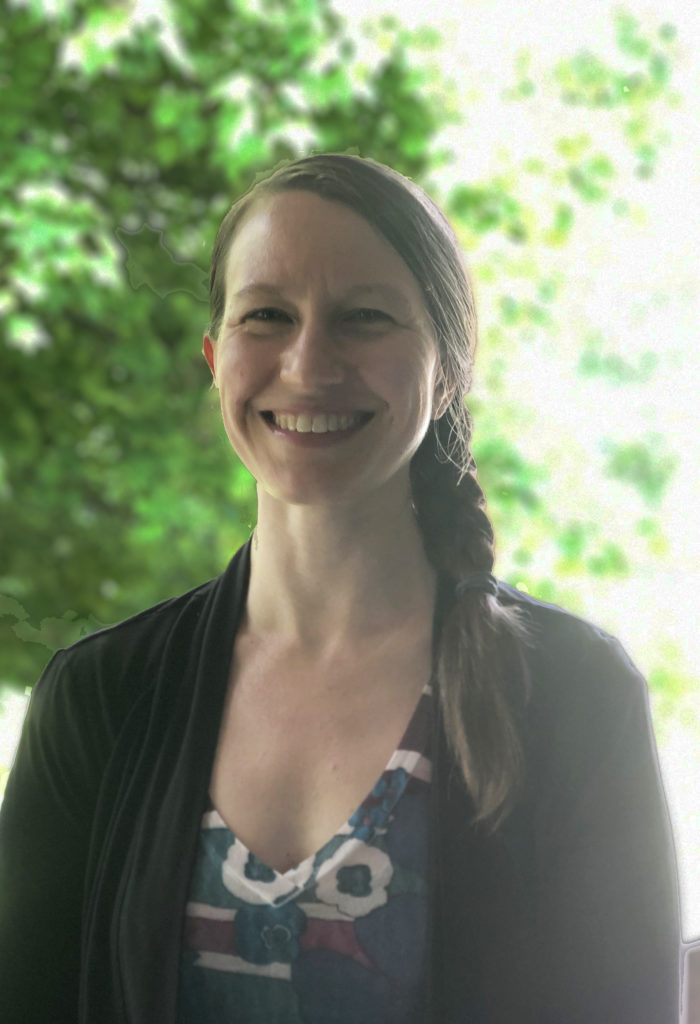 Amanda K Gross is an anti-racist organizer and artist living and working on the original land of the Haudenosaunee Confederacy in Pittsburgh, Pennsylvania. She blogs about the interconnectedness of racism, patriarchy, capitalism, and white womanhood at MistressSyndrome.com and is currently working on a full-length book on that same theme. A certified yoga instructor trained by YogaRoots On Location‘s Anti-Racist Raja Yoga School, Amanda teaches a weekly Anti-racist Raja Yoga class at Pittsburgh Mennonite Church. In addition, she holds an M.A. in Conflict Transformation from Eastern Mennonite University’s Center for Justice and Peacebuilding and is in the midst of doctoral studies in Expressive Arts Therapy at the European Graduate School in Saas-Fee, Switzerland.

My journey into anti-racism began with two main threads of my Atlantan upbringing. As a Mennonite of European descent, the first thread was spun from the nonviolent faith tradition of my Anabaptist ancestors who refused to pledge allegiance to the violent power structures of their world. The second was spun by the courageous legacy of the Civil Rights Movement, Reverend Dr. Martin Luther King Jr., and the many Black women who mentored, educated, and helped raise me into an awareness of the evils of white supremacy and an acknowledgement that I, unlike them, had been racialized as white.

Sometimes in my life, I can easily identify my complicity with whiteness — and by extension, with racism — and am aware of the dilemmas of working for racial justice while living in a society that continues to racially advantage me. My family’s inherited wealth through land ownership, which came at the expense of the Susquehannock, Haudenosaunee, and Lenape people, helped provide a down payment on a home in a rapidly changing majority-Black city neighborhood where Mennonites had been settling for decades. Aware of the pending gentrification, my housemates and I intentionally built relationships with neighbors. We did not call the police. We wrote letters to the editor. We chose not to fence in a side lot that had been in shared, multi-purpose community use. We organized with neighbors to halt evictions and hold the local community development corporation accountable. But despite our efforts and those of many others, many neighbors were evicted. Sadly, the children who played in the unfenced lot now play elsewhere, and today the property is four times its price at our purchase.

The reality of my access to wealth and its relationship to attempted genocide feels uncomfortable and unsettling. Often, it feels difficult to fully claim. But by accepting and working with what has become for me an obvious reality, I have expanded my capacity to grieve, learn, and act collectively rather than devote my energy towards ignoring it.

But other times my complicity with whiteness is harder for me to see, know, and accept. My own denial, emotional distancing, and dissociation keep me unaware and disconnected from the more insidious ways I uphold racism. I deny how my inaction at the grocery store allowed a racist act to continue uninterrupted and find a number of excuses why it wasn’t the right time to intervene. I cut myself off from feeling how my ignorant and insensitive words offended a housemate of color and comfort myself because I didn’t intend harm and felt misunderstood. I compartmentalize how my silence at a family gathering teaches the next generation to be silent, too. After all, I show up for racial justice in so many other ways.

Much more than individual personality flaws, denial, emotional distancing, and dissociation are coping mechanisms I’ve learned in order to function in a racialized world as a white person. They’ve taught me to desensitize, to avoid eye contact with the person asking for money on the street. They’ve helped me to numb, to throw myself into the tasks of anti-racist organizing leaving myself no time to feel. They’ve kept my body, mind, and feelings in check, so that I don’t flip over our nice family Thanksgiving dinner table out of the rage that we are continuing a ritual founded on the celebration of genocide.

Unlike Jesus’s channeling of righteous rage, my socialization into American whiteness reminds me to politely suppress my anger, sit quietly with head bowed for prayer, and express gratitude for the many hands that grew, picked, and prepared the meal without losing my cool at the injustices those many hands suffered to do so.

As it turns out, denial, emotional distancing, and dissociation are also trauma responses.

Much of my anti-racist organizing is grounded in multi-generational trauma healing work, inspired especially by the work of Dr. Joy deGruy, and influenced by many other Black, Indigenous, and People of Color who are unpacking collective, historical trauma, drawing on cultural healing traditions, and imagining alternatives. In dialogue with their work, I am curious about how unhealed multi-generational trauma put people of European descent on the path to racism. I am asking: How has this unhealed trauma caused us to uphold cultural, systemic, and interpersonal violence and what can we do about it? I am curious about the function of fear and about Jesus’s call for enemy love.

As a child of the 80s who was promised multi-cultural utopia, most racialized calls for enemy love seem cliché. The image of a simplistic reconciliation moment of Black and white people eating, churching, and schooling together has lost its relevance in a time where desegregation has failed to diminish racial disparities and, in some cases, has even increased them. The idea that partisan extremists can find common political ground seems unrealistic at best, and besides is not at all strategic for actual social change. On the personal level, I have tried both of these approaches. My intimate relationships dating, working, and living with people of color have not ended racism within our relationships and certainly not outside of them; instead those relationships have revealed more of my racism to me. My lifelong struggle to be in honest relationship with my Trump-supporting conservative Christian father has caused us both to become more polarized, finding common ground only in our shared stubbornness.

Recently, I’ve noticed a pattern in my interpretation and application of Jesus’s call: I continue to see the enemy as outside of myself. I have been working to love the racialized “other” and to love my political enemy. I have even been trying to find some level of love for the human in the seat of U.S. power. But maybe, I need to see the seat of U.S. power inside of me. Maybe, the work of enemy love means deeply learning to love the enemy who resides within.

Upon closer look, the threads of my Atlantan upbringing have also been spun with the fibers of martyrdom. Intertwined with courage and nonviolence and disrupting the status quo are strands that point to the narratives of martyred victimhood.

I have been taught to practice loving the enemy who persecutes me. These threads have helped me to lovingly stand up to the schoolyard bully and withhold taxes from the state, but they have not prepared me to reconcile with my own identity as oppressor. How do I unconditionally love myself as I become more and more aware of my complicity in ongoing violence?

In the anti-racist white affinity spaces I facilitate (a.k.a White Women’s Groups), I have been inviting folks to write a love letter to their internalized white supremacy. I have tasked the group (really, I am tasking myself) to find love in that which they most dislike — and most desperately fear — about themselves. I am asking us to name, claim, and love the parts of us that deny, emotionally distance, dissociate, and, most of all, fear.

At this stage in my work for anti-racism, I am practicing loving the enemy within, and that is a faith journey of epic proportions.