Home / Menno Snapshots / Oral History Project: How do we bring people who are outside inside?
Dec 17 2019

Oral History Project: How do we bring people who are outside inside? 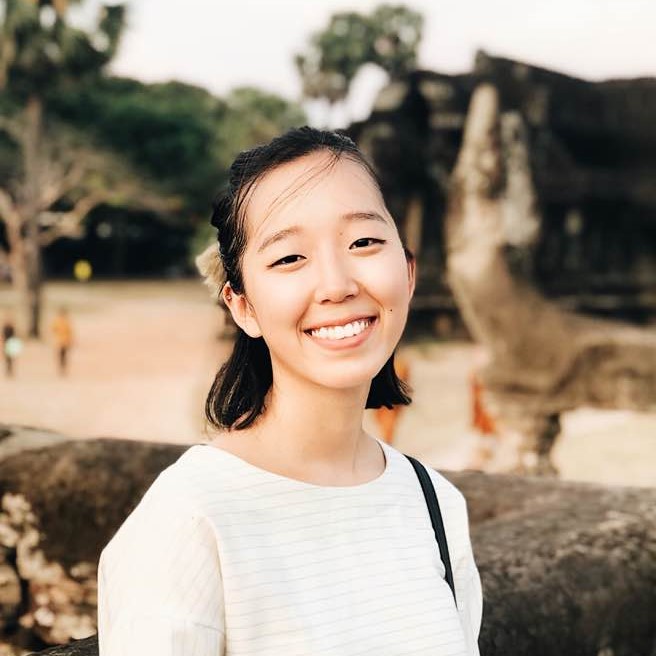 This post is part of a series from the MC USA Archives Oral History Project that seeks to document and preserve the voices of young people, ages 24-40, who are part of MC USA. The excerpts below are from an informal, longer spoken interview and edited for clarity. Interviewees did not receive the questions beforehand and responses were spontaneous. The interviewer was Eva Lapp. Full recordings are available in the MC USA archives.

Dona Park participated in the Oral History project at MennoCon19, where she was a member of the Convention Worship Team. She is a graduate of Goshen College and served as a SALTer in Phnom Penh, Cambodia for Women Peace Makers.

Eva: Where did you experience your faith intersecting with the way that you were interacting with your world?

Dona: Yeah, I actually struggle with that a lot. I think for the convention this year, that’s when I experienced it! Previously working in Cambodia, it was so hard to combine the two because I felt like I wasn’t a good enough Christian. I felt that what I believed was wrong because the Christians around me were telling me that it was wrong. For example, I strongly believe that as a Christian you need to follow what Jesus has done for people, like helping marginalized people… I guess a lot of my faith is based on a kind of liberation theology.

I haven’t researched that, but I feel like this because I believe that the Gospel is meant for people who are in need. Then working in an environment where we advocate for empathy for different cultures, whether that be in Cambodia or the work that I was doing in Goshen College, it felt like the action and Scripture fit together. But then, people who’ve been baptized, people who have strong conviction and know the Bible well — it felt like they were telling me that because I support people who identify as LGBTQ, I am not a Christian.

Then I started to think, does Christian faith intersect with human rights? Like, does that even work together? Or is Christianity just a religion based on, like, at the end it’s just based on judgment, right?

Like it makes people feel better than the other… you have to obtain this perfection to be Christian. So before I went to Convention, I don’t think I could have said…  Christianity and my life… it doesn’t intersect.

But when I went to convention, and meeting people who supported the values I grew up with and they’re also people of faith, that was a huge encouragement to me because I felt like I wasn’t crazy.

So, that would be one. I think currently in my young adult life, I think that’s one moment that really guided me like a compass to be like, “No Dona, what you are doing is okay too.”

Eva: This is the last question I’ll ask and it’s a kind of a three-fold question. So, what energizes you about MC USA, what discourages you, and what advice do you have for current denominational leaders?

Dona: So the first one is what excites me about MC USA… I know that people are concerned about the numbers, on how the church is becoming smaller and there’s division, but I think that church is never about numbers. It’s about having at least support, spiritual support.

So what I was encouraged to see was that there are so many youth who are excited. And I was super encouraged by their energy and how they don’t care about whether I’m Korean. They just came up to talk to me because it was cool to see me on stage. That’s so genuine and I loved that. If there’s no barrier, they just could say hi even if it’s not a deep relationship, they are not afraid to come up and say “hello” or “oh, you’re doing amazing and we really appreciate you!” I’m like, “cool, I appreciate you for coming up and talking to me; that’s a big step.” So they have a lot of confidence and bravery, or this zest of life or something, but that really made me excited.

And the fact that in the convention center there are people who are sensitive to social issues — I was reminded of that when I met people that I knew, like from school, my host families… I knew that these people are extremely active in supporting human rights, so that encouraged me in my own personal faith journey.

What kind of discouraged me is what I think the Mennonite church could work towards, is learning how to build relationships inter-culturally. I don’t know how that can be implemented but, I just think this is one example: When I was at the MC USA convention, this one lady, she just randomly comes up to me and she’s like, “oh you look like the daughter from Kim’s Convenience [tv show]” and I’m like, “What? Why are you saying this to me?” So then she also realized it was such an awkward question to ask and later she’s like, “Oh and you did a really good job on the worship team,” in kind of a way to save herself. But I also realized that I have friends like her who say these things, but because I’ve developed a relationship with them first, I would correct them or I would say, like, “Hey you shouldn’t say that to me.” But having this random stranger come up to me and just reference that, it was very awkward. And that kind of broke my picturesque moment at the Convention where I’m getting along with the team, I have friends here, and then, boom, this happened.

That’s a reminder that there are so many things that’s underlying at the Mennonite church. Overall, I think with discernment that all of the people were preaching about too, like it was working towards sensitivity and empathizing with others who we consider as “others.” That was really encouraging to see, and I think it’s a good step towards conversing. I wish there was more listening, maybe, to marginalized communities. I heard that there was an LGBTQ booth, I think, and they were hosting a documentary but even that documentary was hosted outside of the Convention, so yeah…

I get conflicted when the church is very exclusive. And how do we work on bringing people who are outside inside? Because it’s not… it shouldn’t be an exclusive event. I personally don’t believe that.

Eva: Do you have other specific advice for denominational leaders or was that just kind of tied up in all those thoughts?

Dona: I think what I realized is that representation really matters. I think I was the only Korean American alongside Sue [Park Hur, MC USA denominational minister for Transformative Peacemaking]. And this is something my parents and I discussed later too. We’re like, yeah a Korean person is up on stage and now we’re singing a Korean song — what is happening in this Mennonite world? I don’t even sing Korean hymns, that’s not my first, like, I feel much more comfortable singing 606, not a Korean hymn, but symbolically, that means a lot. It’s a big step.

And I was really hesitant to join the worship team in the beginning because of questioning conviction and how I felt excluded in the church, like what am I doing in a leadership position? But then I also thought, oh I’m sure they don’t have Asian people on stage, so maybe this is a good opportunity for me too. Maybe there’s some Korean or Asian girl in the crowd and they’ll be like, “Oh I want to do that too because she’s doing it.”

So denominational leaders, if they can intentionally encourage students who come from marginalized communities and supporting them all the way through.

I really wish that they can implement that, because I would have never done this if Sue never put my name in the bag. She was the one who recommended me to be part of the team. It wasn’t easy, but it felt like I have this special opportunity.

Support the Archives at mennoniteusa.org/give.