Home / Menno Snapshots / Voices Together: The work of including Indigenous voices, perspectives and ways of worship in the new Mennonite worship and song collection
Nov 29 2018

Voices Together: The work of including Indigenous voices, perspectives and ways of worship in the new Mennonite worship and song collection 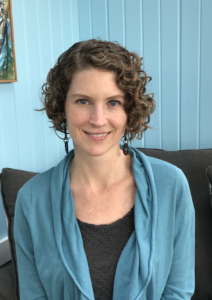 Katie Graber is an ethnomusicologist who studies race and ethnicity in a variety of contexts including Mennonite music, American music, and European opera. She has taught classes on Western music history and world music, and she accompanies Suzuki recitals and school choirs. She leads singing at her church in Columbus, Ohio, and chairs the Intercultural Worship committee for the Voices Together project.

When Hymnal: A Worship Book was published in 1992, it contained both familiar and new songs. The next worship and song collection, Voices Together, will also include songs from past and present, and from around the world in a variety of languages and musical styles. One of many streams of content the committee is caring for is Indigenous languages and voices. We will incorporate worship resources such as prayers emerging from Indigenous Christian contexts and readings that address the history of colonialism and movement toward reconciliation (such as a territorial acknowledgment; for examples, see the Doctrine of Discovery Coalition’s worship resources and these resources from KAIROS, an ecumenical group in Canada). Voices Together will also include Indigenous song: tunes, texts, and translations. These worship elements are an important aspect of recognizing the diversity of Mennonite Church USA and Mennonite Church Canada, and of acknowledging our Christian and colonial history in North America.

In the late 1800s, scholars in the U.S. and Canada began to “collect” and “preserve” songs and traditions of Indigenous groups. While there were some noble reasons for these projects, they were also very much tied up with power and control. For example, the U.S. government funded research on songs, linguistics, and kinship systems at the same time they were prohibiting rituals, disallowing Indigenous languages in schools, and allotting land to intentionally break up tribal units. These goals and outcomes cannot be disentangled from one another. Today, there are initiatives to return ritual objects and human remains to their rightful locations and communities, but in the midst of these efforts, sacred songs cannot simply be taken home. There are histories of elders being reluctant, or even refusing, to teach songs to ethnomusicologists because they understood this reality. Digitized recordings from the 1890s and beyond (such as this Library of Congress collection) attest both to this collecting and to the gaps where songs were not given. In Canada, a national Truth and Reconciliation Commission was established in 2008 to document the impacts of Indian Residential Schools funded by the federal government and operated by churches for the purpose of stripping Indigenous children of their language and culture, an act of “cultural genocide.” Many church bodies, including Anabaptist Church Leaders, have formally apologized for their involvement. The 2015 final report includes 95 Calls to Action, including calls specifically for churches. This is one small step in an ongoing and multifaceted journey between Indigenous peoples and Settlers in Canada. As central practices in the faith and life of Mennonite communities, worship and music must be considered in relation to this history and the work of reconciliation.

In light of this context, how can the Voices Together committee be intentional and respectful about including songs from Indigenous communities?

We have worked to engage Indigenous Mennonite people and congregations to learn more about their worship practices and how they would like their music to be represented in a denominational publication. For example, a Vital Worship Grant allowed several committee members to travel to White River Cheyenne Mennonite Church to hear about their history and participate in worship (see video below and read Keshia Littlebear-Cetrone’s contribution to AMBS’s Vision journal for more on this topic). We have also consulted Cheyenne and Navajo songbooks used by Mennonite congregations, as well as ecumenical worship resources. Additionally, we have had personal, phone, or video meetings with Steve Heinrichs (MC Canada Settler-Indigenous Relations), Mennonite pastors who have Indigenous constituents, and representatives of other denominations (including the United Church of Canada and Anglican Church of Canada) who have engaged similar questions of how Settlers should or shouldn’t sing and worship with Indigenous communities.

As we consider songs to include in the new collection, we consider context, sources, and the great diversity of beliefs and practices among North American Indigenous people. For example, many groups sing Indigenous songs as well as European, North American, and other styles of music in English or other translations. Voices Together ought to honor all of those traditions as truly part of Indigenous experience, rather than representing only music that non-Indigenous people expect to hear. Geraldine Balzer, who shared insights with committee members from her experiences working and worshiping with Inuit communities for many years (and who wrote this analysis of recent Mennonite collections), cautioned us to go further than legal copyrights when we think about sources. In many Native American cultures, songs are understood as given — from the Spirit to a human recipient, and from one person or group to another. If we take this seriously, we cannot print a song in our Mennonite hymnal simply because other denominations have already published it.

In addition to important questions about ethics and representation, the committee also considers whether a tune and text is accessible to non-Indigenous singers. If a song’s rhythms appear difficult, or if the range is wide, some congregations may be reticent to try it. We hope that singers have the grace to try new songs with open minds, knowing that each song is meaningful to someone else and has the potential to be meaningful to them as well. Our goal is to create a worship and song collection that allows people to raise their voices together and meet one another as creations of God — and therefore to be bound to work for peace and justice with and for one another. In this way, perhaps, we can experience a divine presence that is larger than any of our individual and group identities.