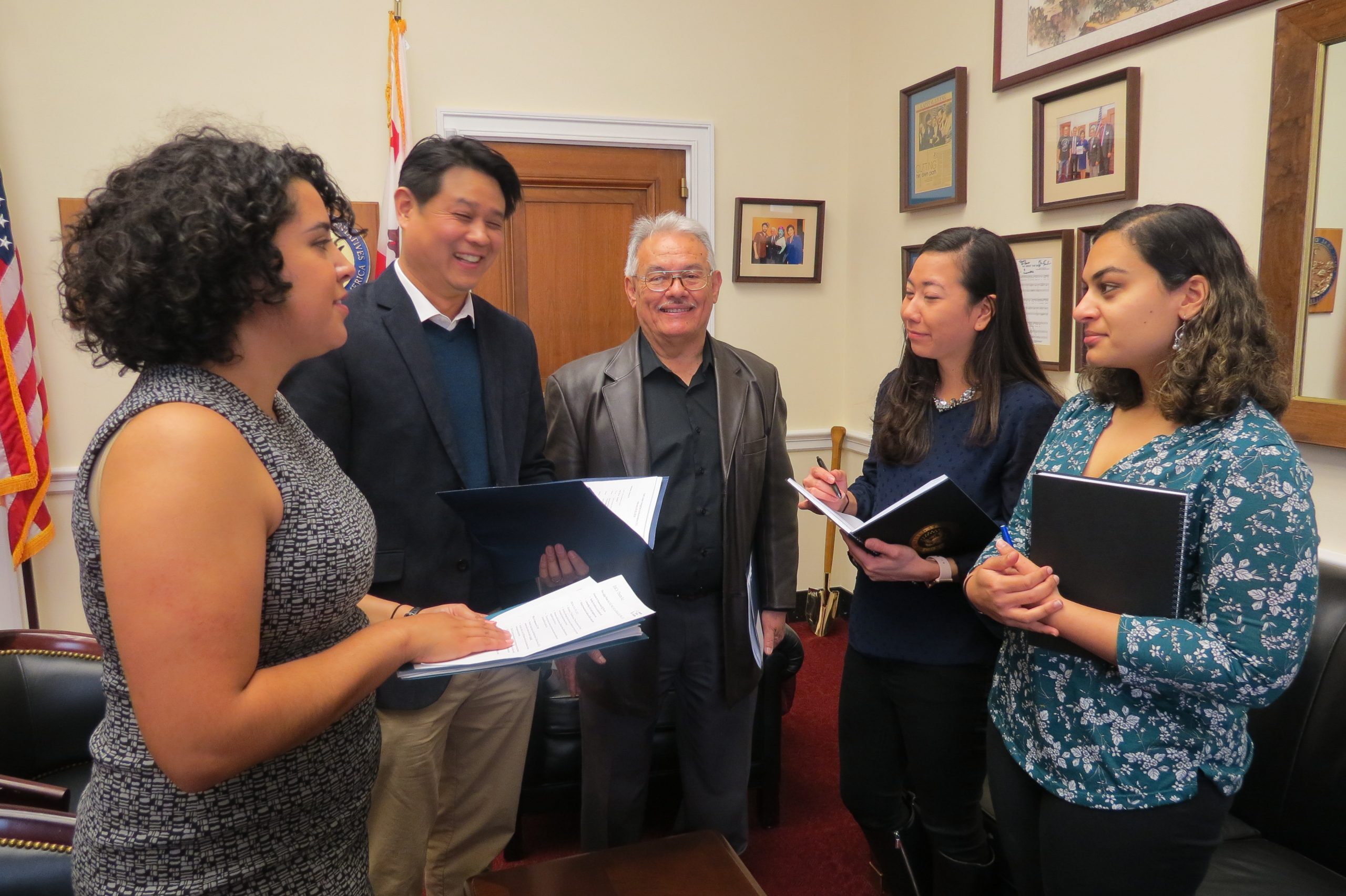 The faith leaders told legislative aides about problems that current immigration policy is causing in their communities. They also urged their legislators to support a “clean” Dream Act – a bill to give undocumented immigrants who were brought to the U.S. as children a path to citizenship without allocating money for more border walls or more deportations. 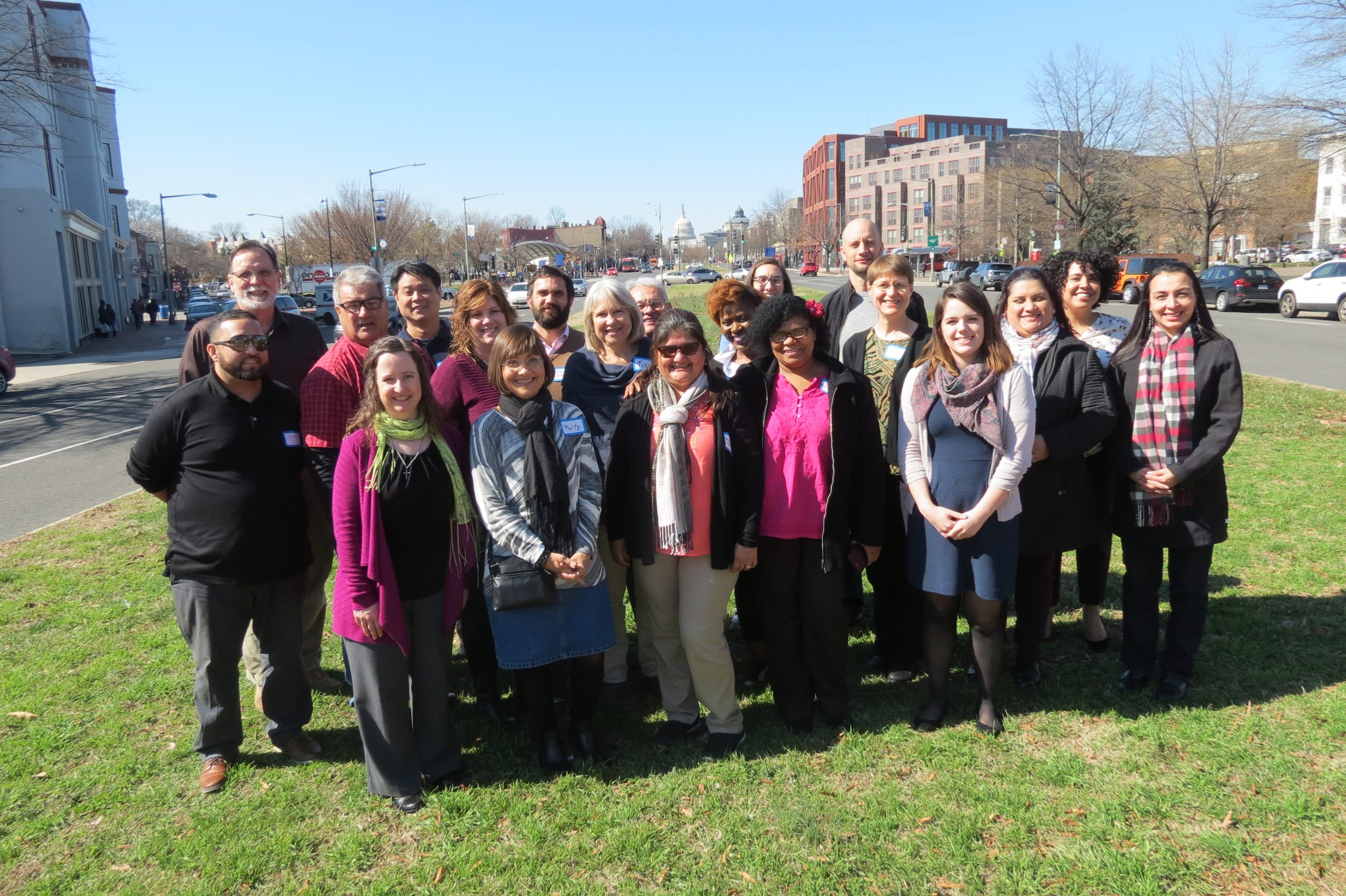 Mennonite Central Committee (MCC) Washington Office hosted the group on Feb. 27 and 28. MCC staff prepared participants for meetings on Capitol Hill, supported them as they spoke to legislative staff members and debriefed afterward.

“Working with the MCC Washington Office to organize a second delegation of MC USA leaders gives the church a chance to share our stories as both immigrants and leaders,” said Iris de León-Hartshorn, who serves as director of Transformative Peacemaking for MC USA and helped plan the delegation as a continued response to MC USA’s 2014 Churchwide Statement on Immigration.

“My hope and prayer are that hearts will be open to hear the stories and have the moral courage to do what is right,” de León-Hartshorn added.

On the first day, Tammy Alexander, senior legislative associate for domestic affairs for the Washington Office, reviewed immigration legislation and described expectations for meetings with legislators. The group also discussed how federal immigration policies were affecting each of their communities.

“People in my community are being deported. I don’t know what’s going on in this world. I am angry,” Esmirna G. Maldonado Martins of Salem Mennonite Church in Wooster, Ohio, told other group participants. “Almost everyone in this country is an immigrant [or descended from immigrants], but they treat us like we’re nothing.”

Many faith leaders shared that immigrants make up a large percentage of their communities. Some churches are experiencing deportations within their congregations while others are offering “sanctuary” – housing an undocumented immigrant who is at risk of deportation. 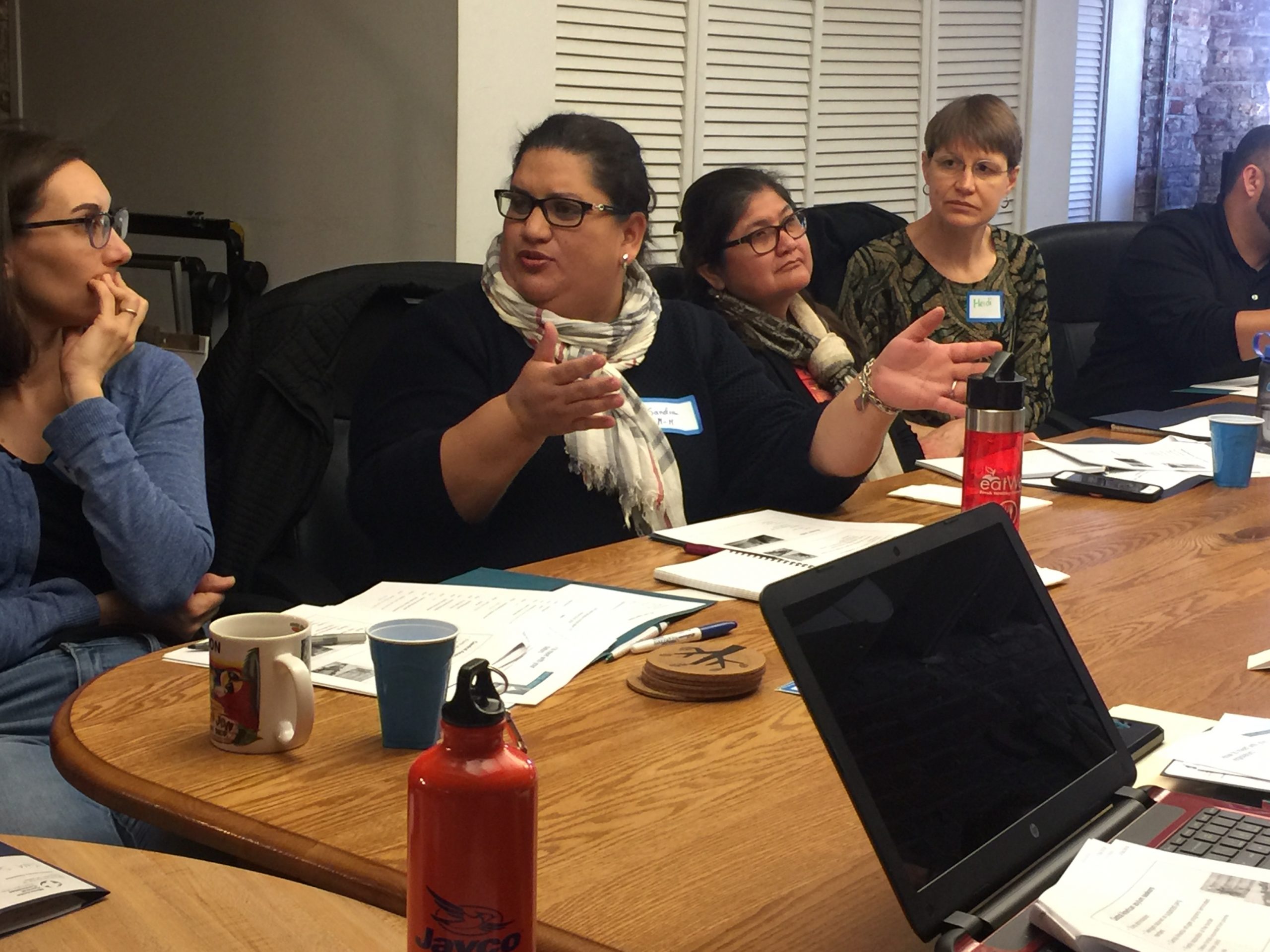 Esmirna G. Maldonado de Martins speaks to the group of church leaders who attended immigration advocacy training at the MCC Washington Office on Feb. 27. On the photo with her, from left, are Melissa Florer-Bixler, Sandra Montes-Martinez and Heidi Regier Kreider. MCC photo/Danielle Gonzales

“They came for one person, but they took two families,” said Sandra Montes-Martinez about people from her church, Iglesia Monte Horeb in Grand Prairie, Texas, who were deported recently.

Participants discussed the critical need for immigration policies that provide a pathway to citizenship for undocumented immigrants, embrace refugees and treat immigrants with dignity and respect.

Alexander reminded participants of immigration policies of past administrations.

“Anti-immigrant policies are not something new,” she explained, referencing the George W. Bush and Barack Obama administrations. “Hundreds of miles of U.S.-Mexico border wall have already been built and mass deportations were happening long before President Trump.”

Some of the faith leaders were initially anxious about the congressional meetings, but as they prepared their talking points and gathered personal stories to share, their confidence rose. The leaders felt called to pray for policymakers as they discussed issues important to their congregations and communities.

In addition to their desire to support immigrants in their communities, the faith leaders attributed their core convictions for these meetings to recognizing the injustice of current immigration policies and understanding that much of this injustice stems from racism and fear.

As the faith leaders returned to the Washington Office after their Capitol Hill meetings on Feb. 28, many reported that their meetings were positive. Some said their legislators support a “clean” Dream Act. Others mentioned that, while their legislators did not agree with their policy positions, their aides, nevertheless, listened to their recommendations earnestly.

Most of the leaders shared that they felt more confident and equipped to meet with their legislators back in their home districts to continue the dialogue about immigration policies and how those policies are impacting their congregations.

“I got over a barrier. I’m sure I will continue in-district. We have to be vigilant. We can’t lose steam,” said Rodney Eugene Schmucker of Hope for the Broken Mennonite Church in Los Fresnos, Texas. 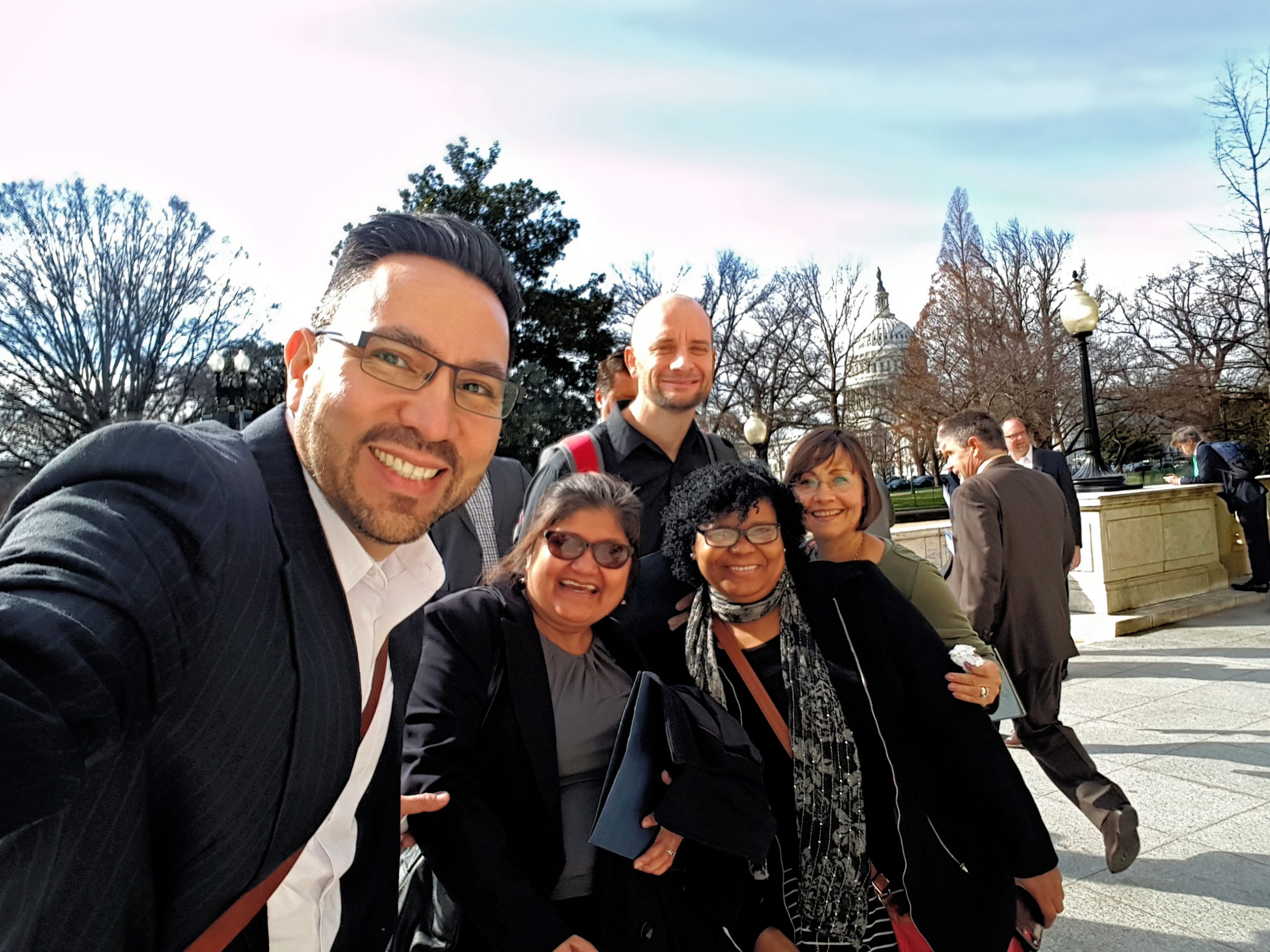 Schmucker also appreciated the time for faith leaders to talk with one another and learn from each other. “For pastors to get around the table to share on these issues is valuable.”

The group of faith leaders said they left with the confidence and conviction to continue to advocate on these important issues when they return home, to take these concerns back to their congregations and to persist in their efforts to change the negative rhetoric that is directed towards immigrants.

MCC continues to push for fairer and just immigration policies, but many more voices are needed. Learn more about immigration at the MCC Washington Office website and by subscribing to monthly immigration updates.