Home / News / #WeAreMenno: Step of faith leads to ministry of accompaniment
May 20 2015

#WeAreMenno: Step of faith leads to ministry of accompaniment

This is part one of four in a series featuring Mennonites working with immigrants. Projects featured in this series received grants from a special offering received at Mennonite Church USA’s 2013 convention in Phoenix toward the DREAMer Fund. These projects were chosen as grant recipients because they have a strong history of working with immigrants in their communities, especially with undocumented individuals and families who suffer from inhumane conditions in detention centers and unjust treatment in working environments.

(Mennonite Church USA)—In 2006, Anton Flores-Maisonet left his tenure-track faculty position at LaGrange (Georgia) College in the Department of Human Services and Sociology for a “risk-taking venture of faith” that would lead him, his wife, Charlotte Flores, and their family into a life of solidarity with immigrants from Latin America in LaGrange.

Not quite knowing what would come next, he co-founded the Alterna Community, a bilingual Anabaptist community comprising U.S. citizens and newcomers from Latin America that incorporates cooperative housing and covenanted Christian fellowship. 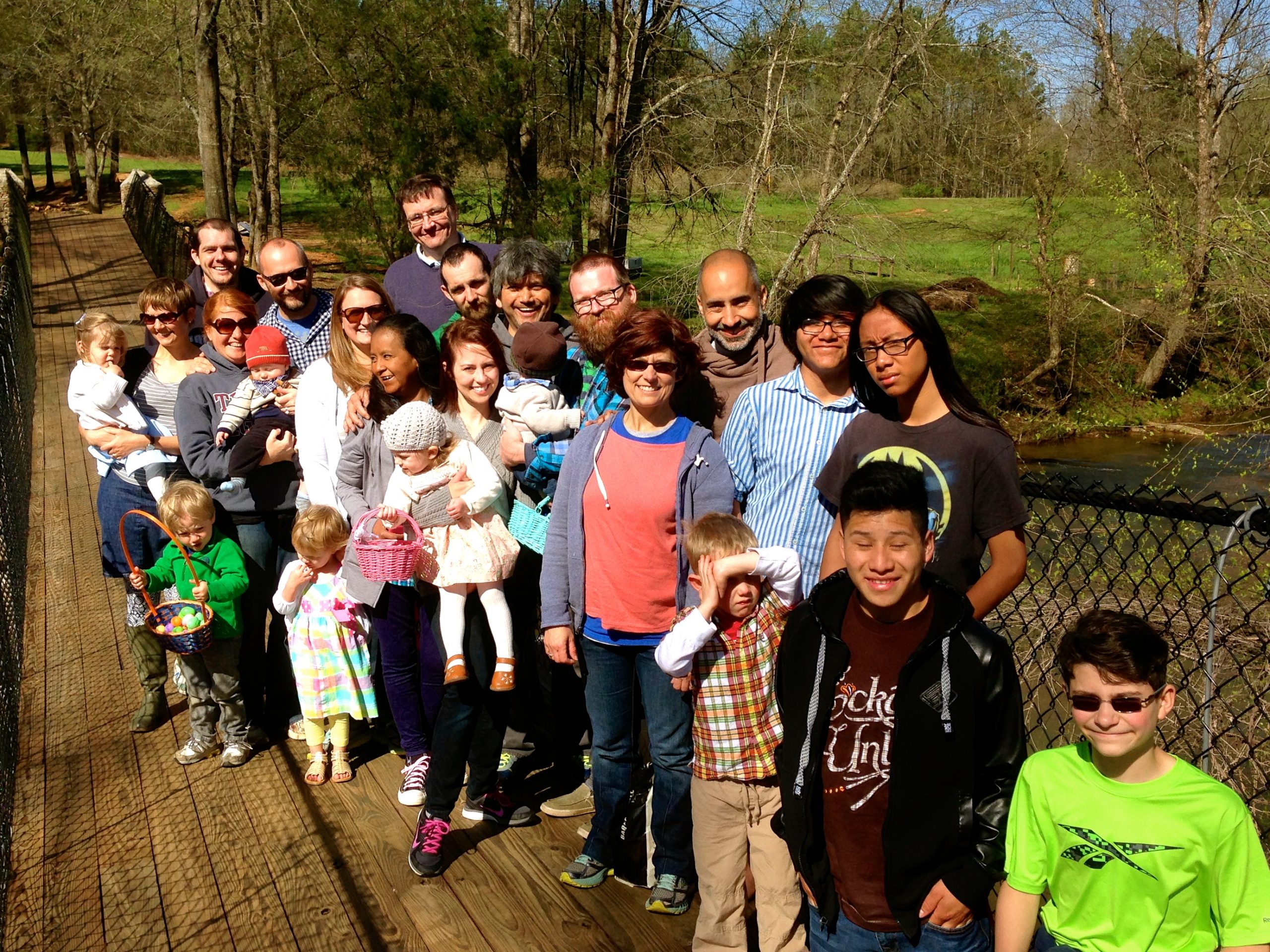 Members of the Alterna community in LaGrange, Georgia. (Photo provided)

“For the past eight years I have put my full-time vocational energies into accompaniment and ministry with immigrants in crisis,” says Flores-Maisonet.

His work has included advocating for people caught in the legal system, responding to crises related to health and housing, and visiting detainees at the Stewart Detention Center in Lumpkin, Georgia. Just last month, charges were dropped against Flores-Maisonet and four other activists — the “Stewart Five” — who had been arrested in November 2014 during a demonstration and prayer vigil at the detention center.

“This is what happens when we allow the people we typically dehumanize to enter and penetrate our hearts,” he says. “It’s totally upended my life. The last eight years have been a completely new reality for us.”

When they adopted their son Jairo from Guatemala in December 2000, the Floreses felt it was important that he remain connected to his culture and his language. In 2001, they began attending La Primera Iglesia, a Spanish-speaking church in LaGrange.

“There everyone was ‘brother’ and ‘sister,’” says Flores-Maisonet. “We began to befriend those we normally wouldn’t, and to see them as brothers and sisters.”

One family in particular was the Martinez family. Charlotte Flores and Norma Martinez were both pregnant in 2002, and when Norma’s son was born, she went straight from the delivery room to the ICU with renal failure. She needed dialysis to survive, but lacked legal status or access to health insurance. 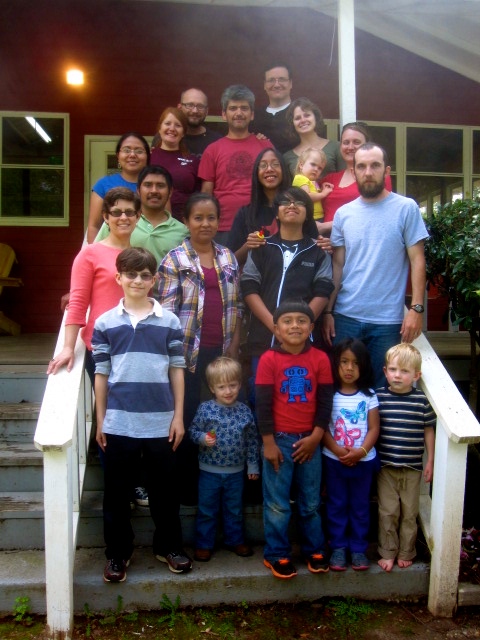 Members of the Alterna community in LaGrange, Georgia. (Photo provided)

“We reached out to them,” recalls Flores-Maisonet. “They were living in a trailer park community surrounded by alcohol abuse and prostitution. We approached them about purchasing a house cooperatively.”

The Martinez family moved into a house purchased by the Floreses — just down the street. The Floreses made no profit, and after three years developed an equity-sharing agreement where they and the Martinezes became equal owners of the house.

This initial house purchase grew into the cooperative housing model of the Alterna Community. Currently four families from Guatemala and Mexico pay into a pool for housing, with “rent” typically at least $150 below market prices. With this money, houses are maintained, and each family earns part of the equity. All participating families and the Floreses live on the same street.

The Alterna family, currently comprising ten households, all but one living on the same street, is committed to an interdependent way of sharing life and resources. Covenanted members share two meals per week and two mornings of prayer in addition to worshiping together on Sunday. As a part of this bilingual English/Spanish community, each covenanted member also commits to proficiency in their respective second language.

“This level of intimacy with immigrants where we live interdependently as brothers and sisters — it’s changed my theology and makes me realize how much of the biblical narrative is about people on the move,” says Flores-Maisonet.

“Whether it is the American Christian crossing the borders of fear into loving one another, or the incarnation of Jesus — love incarnate crossing a border — it’s hard for me to enter into a new encounter and not filter it through that theological lens,” says Flores-Maisonet. “It’s about trying to be incarnational.”

In addition to providing leadership to the Alterna Community, Flores-Maisonet also serves on Mennonite Church USA’s Interchurch Relations Reference Group and co-chairs the Beloved Community Council of DOOR (Discovering Opportunities for Outreach and Reflection), a ministry of Mennonite Mission Network. He is the initiator and co-founder of El Refugio Ministry, a hospitality house for family members and friends of detainees at Stewart Detention Center; co-founder of Georgia Detention Watch; and lead organizer of the #ShutDownStewart coalition.