A glimpse of what the church could be 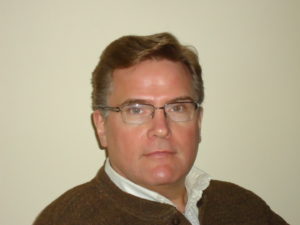 This is the fifth post in a series featuring reflections from participants at the 2018 Women Doing Theology conference organized by MC USA’s Women in Leadership.

Ron Adams is a pastor at Landisville (Pennsylvania) Mennonite Church.

For the sake of context let me acknowledge at the beginning that I am a white man of a certain age who was born into a church and world that could fairly be called patriarchal. Over my lifetime I have benefited from that social and ecclesial arrangement. Often unwittingly. Sometimes with full awareness. And, I am ashamed to admit, sometimes with gladness and even zeal. It was a man’s world in my growing-up years, and I received a healthy dose of the instruction offered on how to become the kind of man I was supposed to be.

It was in seminary in the 1980s that I first learned about feminism. It was presented by my professors as something off-center, maybe even heretical. Their warning served to increase my interest. It felt dangerous and so all the more appealing.

I started by reading In Memory of Her. I enrolled in a class taught by Rosemary Radford Ruether. I wandered about in the world of feminist theology. I felt a bit like Dorothy Gale in Oz. Feminist theology was a world that seemed bright and colorful, and yes, just a little bit threatening to everything I’d learned from old white men. I’d like to say that I was converted to feminism immediately. But that’s not the case. It took time and continued exposure to the varieties of liberation theologies to recognize that what I was told were theological givens were, in fact, the products of a particular time, place and social location, and the privilege that came with all three.

From my perspective it’s a good bit different. Jesus said that the Spirit is a wild, untamed and unpredictable being given to us to help us know better, given to us in order to accompany us through the complications that come with trying to follow Jesus — a light, a friend, a companion, a guide, and a never-ending source of invitation and surprise. From my perspective, the journey I’ve been on has been in pursuit of that spirit. When in doubt I did what Jesus told us to do. Look for the fruit. Look for the love. Where there is spirit-fruit and extravagant and unguarded love, there is Christ. There is safety, enough safety to learn how to hold on and let go over and over again.

Earlier this year I learned that the Women Doing Theology event was opening its invitation to small group of men. I’d read papers from the previous events and was intrigued by the invitation. This year’s conference theme was, “Talkin’ About a Revolution: Dialogue, Practice and the Work of Liberation.” Being a fan of Tracy Chapman and a reader of liberation theologies, I felt an immediate pull to attend.

Interested men were to submit an application. Applications would be reviewed and invitations given at the discretion of the event planners. I completed the application and sent it in. I was genuinely surprised when I received the invitation to attend. Guidelines were given regarding the role of men at the conference. We were there to listen and to learn. If need be, we were to sit on our hands and resist the impulse to speak so as to respect the voices of our sisters. We were to come and bear witness.

It was a very good experience.

I admit to sometimes feeling unsure of myself, despite being given clear guidelines about the role of men at the conference. Do I sing or not? Do I speak and, if so, when and under what circumstances? Does what I want to say matter? Will it be welcomed and heard? What if I mess up and commit some micro-aggression? What if I have retained more of that old patriarchal way of being and doing church than I’d like to think? What if I really don’t belong or have a right to be in that space?

The source of these questions was internal and not imposed by the planners, speakers or those in attendance. In my head I knew I was welcome. I was treated that way. I suppose some of what prompted such questions was good old-fashioned neurotic thinking, which is annoying but familiar. Since the conference ended, I’ve spent time wondering about where those questions and that uneasiness came from. It made for an uncomfortable few days.

I’ve come to see that discomfort and those questions as gifts from the spirit. I am used to being in spaces where men and their voices dominate both in numbers and volume. That’s true in both church and secular settings. It’s one of the effects of patriarchal privilege. And unless I am paying attention, it happens without my being aware of it, let alone being troubled by it. There’s something wrong there, something lacking in humanity and humility. Yet I’ve become so accustomed to it that it has come to seem normal.

The discomfort and the questions that accompanied me during the Women Doing Theology conference were instructive. They were enlightening intellectually and spiritually. They caused me to reckon with a male privilege that too often goes unnoticed.

They gave me a glimpse of what the church could be if the Spirit-led revolution comes to pass. They challenged me to pay better attention, to name the vestiges of patriarchy when I see them, and to work toward the creation of a church that privileges the voices that are too often overwhelmed or silenced by the voices of us men.

On the final day of the conference, we men gathered to reflect on the experience. We talked about points of discomfort and what we’d heard and learned. Mostly we expressed feelings of wonder and surprise and gratitude for the opportunity to be a witness to something so profound.

I cannot speak for my sisters. Perhaps I misread what seemed to me be a space in which there was the freedom to be and to speak and to do so freely. To laugh and to sing and to pray freely. To weep and embrace and rest freely. That’s how it felt to me. It felt like being in the presence of Christ and held there in love and mercy and all joy. And I hope it felt that way to all who were there. From my perspective the fruit of the spirit and the extravagant love of God were everywhere present.

Ours is a small denomination. A minuscule part of the Body of Christ. Small as we are, however, we are blessed with an amazing number of gifted, called, and brilliant women. Women who, despite centuries of efforts to marginalize them and their gifts, have remained in the Mennonite Church and continue to work to help us all become closer to what we were intended to be. Having attended the 2018 Women Doing Theology conference I can bear witness to that fact and sing Hallelujah because of it.