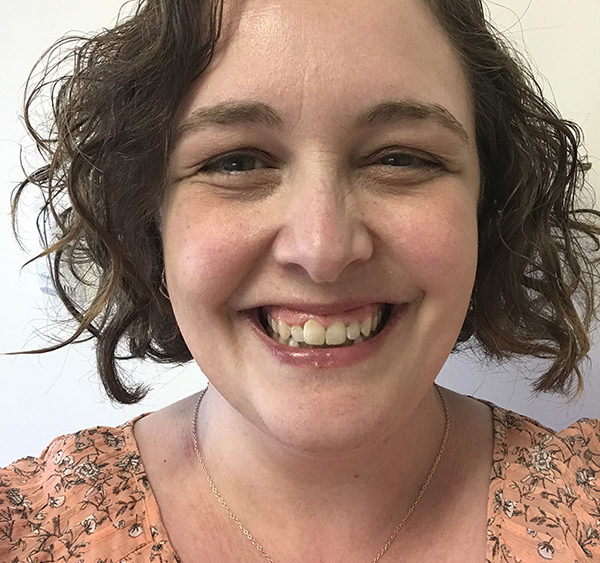 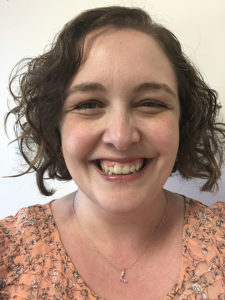 This is the fourth post in a series featuring reflections from participants at the 2018 Women Doing Theology conference organized by MC USA’s Women in Leadership.

LeeAndra Fouts is a freelance writer and the office manager at Kern Road Mennonite Church in South Bend, Indiana. She also serves as the communications chair on the board of directors for LOGmichiana a local non-denominational youth ministry retreat program. She holds a Bachelor of Arts degree in Creative Writing and English from Purdue University.

The first breakout session I attended Friday was right after Reverend Yvette Blair’s incredible keynote on shouting from the margins. It was a writing workshop, and although our writing prompts contained various themes,my mind and my hands began to write about margins. As a white cisgender straight Christian woman, I know that I don’t have much margin to speak of, but that’s where I went in a long stream-of-consciousness piece that took up three sheets of paper. I finished a few minutes before everyone else and, reading it over, I didn’t know if it was great writing but it was definitely authentic heart-felt writing. I felt the divine prompting me to read it aloud (something my middle school self would have rather died than do) to a room full of strangers. I felt raw but at peace — certainly a feeling I haven’t experienced before.

The weekend was full of raw peaceful moments for me … but I would figure that out later.

The second breakout I attended was literally about boundaries, and I soaked it all in, scribbling my notes (you can take the manager out of the office but you can’t take the office out of the manager) as fast as I could while our presenter spoke. We wrapped up our session with writing down our strengths and our “lesser strengths,” and it felt good to be honest with myself while also allowing myself some space and some grace to be “lesser.”

Are you seeing a theme here? I hadn’t … yet.

The third session explored four different encounters women had with Jesus in the Bible. We were each assigned an encounter to work through. I had wanted one encounter but was assigned another: Mary Magdalene at the tomb. My group read through the passage as well as a woman’s commentary, an African-American commentary, and a queer commentary, and what came up for me over and over in this passage (that I had at first decided that I knew so well)was that there is a time and a place for touchy-feely Jesus and there is a time and place for holy, creator Jesus. Even Jesus himself has boundaries, boundaries he enforces in this passage. And while he is always accessible, sometimes we(I) forget that he is accessible because of how powerful and magnificent he truly is. And sometimes, that needs to be remembered and respected before we access him.

Raw is truly the best word for how I felt after this workshop: raw from God’s gentle nudging that I am not always as reverent as I should be,raw from the realization that my boundaries are sometimes self-created and self-enforced but also sometimes God-created and God-enforced, raw from this truth scraping away at the inside of me.

The fourth and last workshop I attended was about female mentorship. Subconsciously I thought maybe this would be “easier,” and I could take an emotional break from what I had been learning and feeling for the last two days.

Oh, how God must chuckle to himself sometimes when he watches me living my life with one plan when he knows his plan is going to work itself out anyway.

After discussing the story of Ruth and Naomi (and after some reflection from the night before where I had a long in-dinner-line discussion with some attenders that ended with them asking me if I was a psychologist or a social worker because of how extensively I spoke about the topics we were discussing) and forming small groups, I was gripped with the idea that maybe I had grown enough and learned enough in the last few years to move from being a mentee to a mentor. I had struggled after the third workshop to know what God wanted me to do with this truth — what direction I should take,what my next steps should be. But this light bulb moment felt like a clear calling.

Boundaries and margins and relationships scare me if I can’t define them or know them inside and out. Jesus does not call us to know, though, but to believe. He does not call us to understand but to trust. He was and is and will be, and that is enough.

There’s a reason he’s called the Shepherd, isn’t there? He led me and loved me and showed me, and I hope to be a better person for it.