MennoTalks: What I told my daughter

Jenny Castro is communications associate and coordinator of the Women in Leadership Project for Mennonite Church USA. Jenny’s MennoTalk was categorized under the topic Celebrating Women. 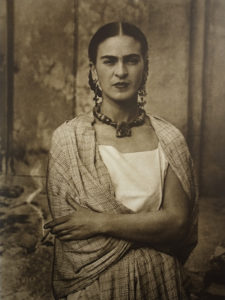 My daughter’s name is Frida Esperanza. We chose Frida for the Mexican artist Frida Kahlo, an artist I’ve admired for years for her profound introspective and vulnerable art. And Espreranza means hope in Spanish. I remember from very nearly the beginning of my pregnancy with my daughter, I knew she’d be Frida. I began saying her name out loud by the second month of pregnancy. My Frida has proven to be quite the artist. Her mind and creativity do not stop. She loves acting. She began writing and directing plays at the age of six. Her first was a play about Harry Potter and his friends meeting up with the heroes and heroines of Star Wars and the Pevensee Kings and Queens in the land of Narnia. Because she couldn’t physically write efficiently yet, she dictated the entire five-act masterpiece to me, pacing back and forth in our kitchen, hands waving with energy and excitement as I furiously typed. It’s only gotten better from there. Frida is passionate and very emotionally expressive. It is never unclear what she’s feeling. It is not uncommon around our house that she storm from a room in anger or that she burst into tears in pain or despair. Some people say the apple doesn’t fall far from the tree. I’m not sure what they’re talking about.

A while back, after an annual physical fitness test at school, I encountered Frida’s long, sad frown when I collected my children at that end of the school day. She held it together until we arrived at home (but just barely).

As she stepped through our front door, my confident and creative cracker-jack girl cried, “I weigh too much!” as tears poured down her cheeks. My heart broke.

Girls and women move about in the world under incredible pressure to fulfill blatantly unrealistic ideals. We are constantly scrutinized based on our size of our bodies, our intelligence, the sound of our voice, the level of emotion we divulge, how we dress and the amount of skin we reveal. And so we’re often left second guessing:  our pursuit of career, our dedication to our family, our sense of self, how we engage or relate to others. Daily we are deluged with messages from our families, from our employers, from the media, from other women and from men about how we should be in the world. What does that do to us and to our girls? Have we ever stopped to consider?

According to Heart of Leadership, a nonprofit whose programming empowers young women to be wholehearted leaders in the world, seven in 10 girls believe they are not good enough or do not measure up in some way, including their looks, performance in school and relationships with family and friends.

Girls as young as mine and sometimes even younger already understand what society expects of them — to be sweet, to be pretty, to quiet, to be thin, to be sexy and paradoxically in our Christian culture sexually pure.

These expectations for women and girls are entangled in the fabric of our culture, our families, and our religious convictions. We teach and learn these expectations through relationships – both peer relationships — in school, at work, at church — and role models — our parents, our teachers, our pastors, our coaches, our community and global leaders, as well as pop culture icons.

And we cannot discount the influence of the media to convey cultural expectations of women (as well as men) through movies, commercials, TV, music.

And if we’ve learned anything about the media – social media and traditional media – we know that it’s loud and we know that it lies. How often have we taken time to think critically about what’s being communicated and normalized in the media?

What does the media communicate to women about beauty? That you’re never good enough. About aging? That we need to fight it at all costs. About masculinity? That a real man doesn’t cry or show emotion.

In a March 2016 article titled, Hillary Clinton, Melissa Harris-Perry and the Opposite of Imposter Syndrome, Anna Kegler unpacks our messaging to our children this way:

“Girls learn that they’ll be held to higher standards physically, intellectually, and behaviorally than boys. While boys are raised to exaggerate their skills, take risks, fall down and pick themselves back up, girls are taught to think things through and second-guess, avoid risk and failure, and not raise their hand unless they’re sure they have the right answer. Lastly, girls absorb from the media that their real value lay in their appearance, at the same time that boys absorb the message that girls are not to be trusted.”

And so this question arises: How do we as Christians respond to this reality?

I’d say that we’ve got to start with ourselves. We’ve got to begin to ask ourselves hard questions.

Where have I bought into the lie about what it means to be a woman or a man in our culture? Where are the areas that my everyday behaviors don’t match up with what I say I believe?

We’ve got to begin to recognize how much it matters what we say and do in our real-life relationships and spheres of influence, how much our behavior matters. We have to be aware of the power we hold and the messages we’re communicating when we:

But personal behavioral change is only the beginning.

We are all stuck — not just women and girls, but all of us. We’re mucking around in muddy, heavy, dirty slog of patriarchy. We’ve been socialized into it, it’s been modeled, and we’ve bought into the heteronormative expectation of what it means to be a man or a woman. And we don’t even think to question it.

Patriarchy is a social structure in which men hold power and domination over all others. (Adapted from the Indigenous People’s Solidarity Movement Ottawa)

Patriarchy influences policies within our workplaces, schools and churches.

It influences our government and the laws and regulations in our country as well as how they are enforced. 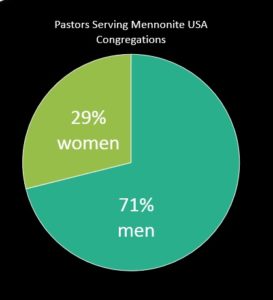 We cannot hide from it. Instead, as followers of Jesus, we are called to be light to the world.

Matthew 5:14-16 says, “You are the light of the world. A city built on a hill cannot be hid. No one after lighting a lamp puts it under the bushel basket, but on the lampstand, and it gives light to all in the house. In the same way, let your light shine before others, so that they may see your good works and give glory to your Father in heaven.” Freedom from oppression is part of the gospel message. That freedom is not for a select few. We are to let our light shine so that all are free.

We have got to begin to recognize and name patriarchy and its influence and effect on us all. We look to Jesus as our example. Jesus, who was countercultural in his interaction with women, who taught women, who healed women, and who upon his resurrection, revealed himself first to a woman.

We are all children of God and siblings in Christ. There is no hierarchy — no role to play or mold to fit. You are fearfully and wonderfully made — your body, your mind, your heart, your creativity, your strength, your vision.

You were created in God’s own image — created to reflect God to the world. This is what I told my Frida Esperanza that day, and I commit to proclaiming this freedom over and over and over again.

I pray that we each understand and embrace this truth deep in the depths of our soul. And may we have the courage to do the hard, countercultural work of transformation within our systems until all are free.