A tribute to Archives volunteers

Jason Kauffman is director of archives and records management for Mennonite Church USA (MC USA), responsible for preserving and providing access to the historical records of the denomination. He is active in the broader Mennonite history community and serves on the management board for the Global Anabaptist Mennonite Encyclopedia Online and as vice president for Michiana Anabaptist Historians. Kauffman attends Assembly Mennonite Church in Goshen, Indiana.

When Dean Preheim-Bartel started volunteering for the Mennonite Church USA Archives in 2012, he joined an active team of fifteen others at two facilities, in Goshen, Indiana, and North Newton, Kansas. They took on various tasks, donating their time to advance the work of the denomination’s historical ministry. The total number of paid staff between the two locations then was around five (FTE).

After a series of changes and the relocation of various collections, today’s streamlined denominational archives are now housed in MC USA’s offices in Elkhart, Indiana, and managed by a smaller staff of 1.5 paid staffers.

After the move to Elkhart in 2017, several longtime volunteers opted to retire, but Dean continued to drive to the archives once each week from his home in Goshen. Over the past nine years, Dean has uploaded over 10,000 scanned historical photographs — including caption and citation information — from the physical collections to the MC USA Archives’ Flickr photo-sharing site.

Since its creation in 2010, our Flickr page has been one of the most effective tools to engage with the public and provide access to the rich materials in our collections. To date, our photos have received over 13.5 million views. Flickr users can also submit comments and questions, provide corrections for captions, and identify people in the photos. Crowdsourcing thus enables us to fill gaps in the record, allowing us to benefit from the historical knowledge of the broader Flickr community. 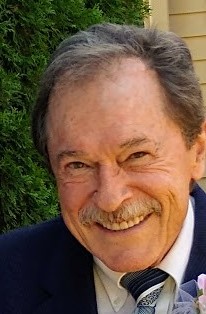 “I have enjoyed learning about the mission work of Mennonite Board of Missions [now known as Mennonite Mission Network] around the globe. I feel as though I have been on a personally guided tour of missions around the world, including in Algeria, Belgium, England, France, Columbia, India and so many more. I’ve even met some people I know!” — Dean Preheim-Bartel

Digital photo collections have also greatly expanded the reach of the MC USA Archives, allowing us to engage a much wider audience with the historical record of Mennonite Christian discipleship. Dean’s steady work over the past decade helped make this possible.

Due to worsening symptoms of Parkinson’s disease, Dean decided, in August, to retire from his volunteer work at the Archives. I will miss seeing him every Thursday and am grateful for his commitment to preserving the history of our denomination.

I’m also grateful for the dozens of other volunteers who have donated time to the archives over the decades. I continue to benefit from their work every day, including the hundreds of collections they have organized and cataloged, the many thousands of photographs and documents they have scanned, and Thelma Martin’s ongoing administration of the MennObits database.

Volunteers are the lifeblood of the archives, and there are still many opportunities to contribute to the effort. As long as people create documents, there will be work to do. Thanks to the internet, much of this work can be done from home, including the continuation of Dean’s Flickr project.

Working in the Archives is a fascinating job. It provides endless opportunities to explore how people and institutions have shaped the church as we know it today. If you want to learn more about our shared history and contribute to preserving it for future generations, give me a call. I would love to talk!