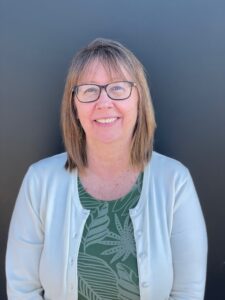 Lorraine Stutzman Amstutz is Mennonite Church USA’s denominational minister for Peace and Justice. For more than 25 years, she served as the coordinator of Mennonite Central Committee’s Restorative Justice program. She also co-authored “The Little Book of Restorative Discipline for Schools” and “What Will Happen to Me?” Lorraine graduated from Eastern Mennonite University, Harrisonburg, Virginia, with a bachelor’s degree in Social Work, and earned a master’s in Social Work from Marywood University, Scranton, Pennsylvania.  She and her husband attend Blossom Hill Mennonite Church, Lancaster, Pennsylvania.

Here are some questions I think we should all ask ourselves:

There are many possible solutions to these questions.  Education is key.  Several years ago, I watched a documentary by Ken and Sarah Burns, “The Central Park Five.” In April 1989, a young white woman was raped, beaten and left for dead while jogging in New York City’s Central Park. Five African American and Latino boys (ages 14-16) were subsequently charged and tried for the assault. They were convicted, largely based on their confessions despite a lack of evidence against them. Each received five-15 years in prison. Thirteen years later, another young man, incarcerated at the time, met the oldest of these boys, now young men, in prison. He admitted that he was the one who committed the crime, acknowledging that these boys did not deserve what happened to them. Following an investigation, all charges were subsequently dropped against the five. The lawsuit they filed was settled in 2014 without any admission of wrongdoing by those involved.

One of the most telling statements from the documentary on The Central Park Five was the interview with one of the jurors, a white man. He said that what was so swaying for jurors was that each of these boys confessed. He was amazed by that, knowing now that it was a lie.  As he spoke about those confessions, he probably, like me, couldn’t comprehend that someone can, has been and will continue to be imprisoned because of the color of their skin.

Justice starts within our communities. This is a responsibility for all of us. We are all complicit in structures that oppress.

There also are questions of victimization. Herman said that in her work with victims, she came to the disturbing conclusion that “While the trauma and harm experienced by many victims of crime is deep, debilitating and long-lasting, our treatment of crime victims at every level – individual, community and governmental – is ineffective, fragmented and dismissive. This woefully inadequate response reinforces victims’ sense of shame and isolation, and a misguided belief that recovery is a private matter.” Too often, when experiencing their own grief and loss we expect victims to also be responsible for the journey of the person who harmed them. Or the other extreme is that they become but a footnote in the process of justice. Neither of these options should be a burden placed on them. Our work as a community should be to figure out how to walk the journey with each of them, to do the work they each need to do. That is part of restorative justice. It involves the head and the heart.

Part of the heart work also means acknowledging that the history of restorative justice did not start within a white, middle-class community, even though we often talk about those roots when we tell the story. Indigenous people, in the U.S. and around the world talk about the very processes we seek to implement as part of their worldview, culture and practices. Many of those practices have been lost to colonization, but our Indigenous colleagues have taught us about restorative justice practices. By not acknowledging that generosity, we perpetuate revictimization.

I believe, just as in Micah 6:8, we need to ask ourselves, “What does God require of us?” as we seek to act justly. Using the principles of restorative justice, I believe we can begin the process of moving beyond band-aid solutions to long-term change. Restorative justice calls us to think of harm as violations of people and relationships, to acknowledge that harm creates obligations and that we must look at solutions that address the needs of all those involved, as well as involve those affected.

Restorative justice principles hold transformation as a value − transformation of people, systems and structures that oppress. This will allow us to hope for a future that looks drastically different from the current experience of many within our society. It means hearing from people, such as civil rights activist and author Michelle Alexander, talk about racial discrimination being embedded into all aspects of our government policies with devastating social consequences. It means understanding the generational trauma for Indigenous people in this country, whose communities were decimated and whose children were sent to residential schools where the mandate was to “kill the Indian, save the child.” Understanding the history of structural violence is where we begin to learn how to become whole.

Restorative justice enables us to think about harm from a holistic perspective.  It also challenges us to implement restorative practices in systems that are more about rules and laws than about relationships and needs, and value power over others rather than collaboration.

While there is no one definition of restorative justice, my former colleague at Mennonite Central Committee, Michelle Armster, and I often used the following: Restorative justice provides a framework and approaches to ensure all people are treated with dignity and respect as we seek to be in community with one another. These approaches empower us to be responsible for our actions and provide ways of holding one another accountable as we live and work together.

More than 600,000 inmates will be returning to our communities this coming year. They are likely not going to be treated with dignity or respect. They are often unable to find affordable housing, a job or housing. They may not be able to obtain government funding to assist them in putting a stable life together and, at minimum, a third of them will be welcomed back into our prison system.

At the same time, those harmed by crime may feel like second-class citizens. They are questioned about the emotions they’ve experienced as a result of the crime. They may feel guilty for those emotions and may feel left out of the process of justice, as they define it based on their needs. They may be told by family and friends that it is time to move on, no matter where they may be on their journey of healing.

We need to avoid equating punishment with accountability. Punishment is something we do to someone, which may alleviate them from having to take responsibility for their actions. Accountability is facing the person(s) who have been harmed, if appropriate, and figuring out what it means to make amends. This goes beyond “taking the punishment.”

Recognizing that connection means we struggle together and acknowledge when there is harm, whether at the individual or community level, and we work to mend it where we can.

We can invite people to a process that may be healing for them, or at least satisfactory for them, but we cannot dictate the outcome of any process.  We can simply walk the journey with them.

Reconciliation is an important word for us as Christians.  I believe in providing opportunities for reconciliation to take place. But, as with forgiveness, we cannot dictate or predict reconciliation, but we can walk with others as they seek to make more life-giving choices.

We also need to ask, “Can restorative justice move beyond the criminal justice context and be applied as a way of living together in our work, communities and globally?”

We will find it difficult to fully embrace restorative justice values and principles until we’re willing to look at the barriers that weaken our communities through a lens of interconnectedness and to move away from the idea of redemptive violence to a transformational understanding of human relationships. But I believe there is hope.