A church that embodies immigration justice and radical hospitality 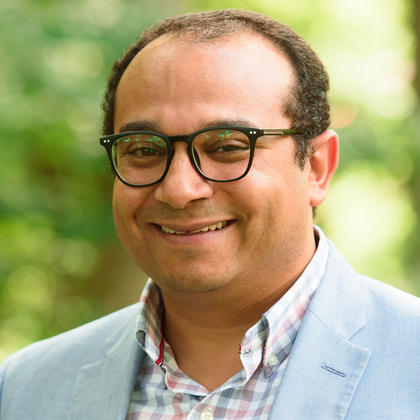 Safwat Marzouk is associate professor of Hebrew Bible/Old Testament at Anabaptist Mennonite Biblical Seminary. He is an ordained pastor with the Synod of the Nile and a member of the Wabash Valley Presbytery, Presbyterian Church U.S.A., and author of the books Intercultural Church: A Biblical Vision in an Age of Migration and Egypt as a Monster in the Book of Ezekiel.

There is a dissonance between the advocacy for welcoming the stranger to cross the border and the efforts for integrating the stranger in the society and the church. For some, it is easier to show up at demonstrations that advocate radical hospitality, than to open their homes for the migrant to find food, shelter and community. For some, it is easy to accuse the state of xenophobia, but they vehemently oppose changing their worship style to integrate other Christians who worship God in a different language or style.

As much as immigration justice and radical hospitality are about welcoming the stranger, they are equally about integrating the stranger into the community as equal partners and participants of God’s shalom.

As much as immigration justice is about changing the laws of the state to offer liberty and dignity to asylum-seekers and refugees, it is also about transforming the church so that it would embody an alternative to the politics of assimilation and segregation.

About sixty years ago, Martin Luther King, Jr. said in an interview “I think it is one of the tragedies of our nation, one of the shameful tragedies, that eleven o’clock on Sunday morning is one of the most segregated hours, if not the most segregated hours, in Christian America. I definitely think the Christian church should be integrated, and any church that stands against integration and that has a segregated body is standing against the spirit and the teachings of Jesus Christ, and it fails to be a true witness.”[i]

For the most part, these words still ring true. Many churches are functioning under a monocultural mindset in which a particular ethnic or cultural worldview is taken for granted and whoever wishes to join this congregation is welcome as long as they assimilate into the fold. Other churches function under the model of multicultural mindset in which cultural and ethnic differences are welcomed and celebrated, but for the most part different people and their cultures are integrated in worship and leadership only occasionally or symbolically. What King called for was integration, not representation. This vision we now call “intercultural church and worship.” While multiculturalism is about coexistence, interculturalism, argue Agnes Brazal and Emmanuel De Guzman, “not only respects difference but creates a space for the interaction of diverse cultural groups within a society”[ii] and for our purposes here, a church.

I believe that the church “is called by the Spirit to live as a covenantal community that cultivates a decentralizing unity and fosters a just diversity.”[iii] There is a tension here. People who are different from one another are called to be in communion with one another. Therefore, they need to discover the beliefs and the faith confessions that unite them beyond their culture. This unity helps the church not to experience fragmentation. But at the same time, the church is called to embrace different and diverse cultural articulations of its faith traditions and its acts of worship. In this sense, difference is seen as a gift, not as a threat.

But for difference to function as a space of encountering God, individuals need to be empowered to offer and receive, to negotiate boundaries, and to be vulnerable enough to realize that they need the other as much as the other needs them.

For diversity to be just, leadership in the church must move beyond simple representation of minorities into active transformation of how the word is preached, the songs are sung, the fellowship is conducted, and witness is proclaimed.

In an intercultural church, reconciliation and justice go hand in hand. Envisioning an intercultural church is not a way to dilute anti-racism work; nor is it a divergence from dismantling white supremacy. Racism and white supremacy contribute — along with colonial and imperial mindset — to xenophobic responses and policies towards asylum-seekers, refugees and migrants.

Building an intercultural church or a community is a significant embodied way of walking the road of justice, so that when the church members are dispersed into their worlds, they are formed spiritually to stand up for justice for immigrants, and they are able to confront the forces of fear that demonize the other. When the church embraces otherness within itself, and when it builds communion in the midst of difference, it becomes a sign of hope and an agent of change that shows its society a way out of oppression, polarization and fragmentation.

Envisioning an intercultural church is not a “social” project in response to the changes of the demographics in North America. Instead, this vision is rooted in the biblical story of the people of God. The birth of the church at the day of Pentecost is marked by extending the good news of Jesus Christ in ways that cross bridges between linguistic and cultural differences. The eschatological vision of the church in Revelation 4-7 paints a beautiful mosaic of the people of God being from different nations and tribes.

The demographic changes in North America are providing the church an opportunity to recover a biblical vision of a church that does not just advocate for immigration justice and radical hospitality, but rather it embodies them.

As the church makes its worship, its leadership, and its ministry just, diverse and inclusive, it counters the surrounding culture that demonizes the other. In doing so, the church forms the people of God to transform fear by faith, and scarcity by generosity, and walls into bridges.